Cover of the Iberia edition: Barcelona, 1958 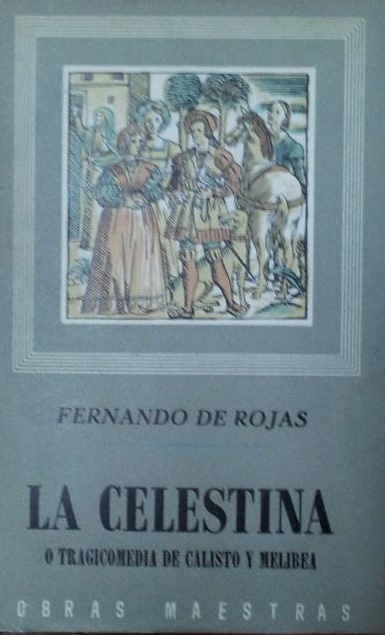 Cover of the Iberia edition: Barcelona, 1958

A coloured reproduction of the cover of the Seville edition of 1523 by Juan Bautista Pedrezano, which depicts Calisto, Melibea, Lucrecia, Sempronio, and Celestina. Curiously, this edition shows Calisto's falcon as well as a hound and horse, emphasizing his hunt in the first act.

It seems that the same publishing house published other editions or versions of the book with a similar, if not identical, cover in 1966 and 1973.