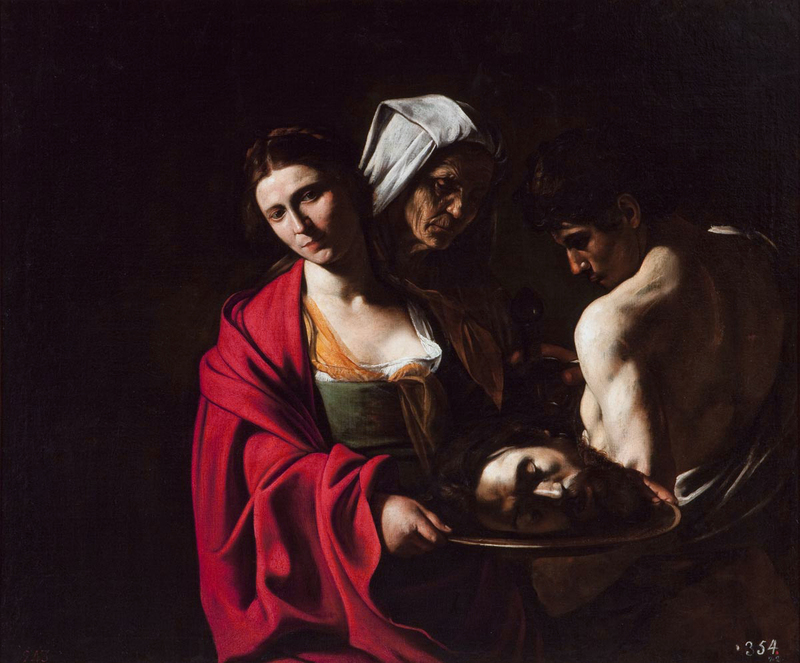 This work represents the biblical scene where Salome holds the decapitated head of Saint John the Baptist. In this painting by Caravaggio, Salomé is represented by a young woman holding his head on a tray in the center of the painting. To the right a young man appears looking at the Baptist's head and behind Salome an old woman appears. This representation is reminiscent of the Celestinesque themes, due to the presence of a young woman and a young man and an older woman.