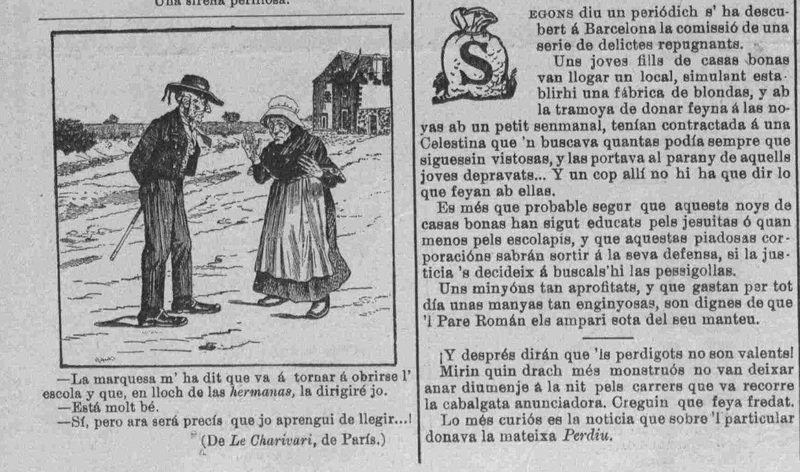 In the image appears an old man with a hat and a club and an old woman with a hat reminiscent of Celestina. They are both in front of a building that, from the joke that appears below the image, it is understood that it is a school that the old woman has to run:

(- The Marquise has told me that the school is going to reopen and that, instead of the sisters, I will direct it.
- That's very good.
- Yes, but now it will be necessary for me to learn how to read

Next to the image there is a story of young men who used a locale as a cover for a brothel with a woman hired as Celestina:

("Some young men, children of good families, rented a place, pretending to establish a lace factory there, and with the scheme of giving work to young women of a small weekly, they had hired a Celestina who looked for as many as she could as long as they were showy, and took them to the trap of these depraved young men... And once they were there, it is not necessary to say what they did with them." Translation to English).