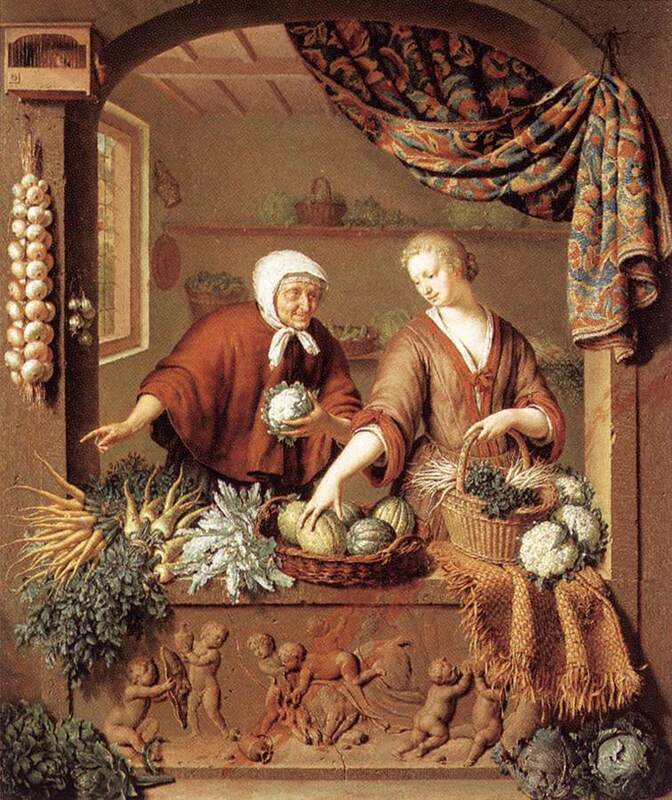 In the image two figures appear, a young woman and an old woman, in an arch surrounded by fruits and vegetables. The old woman appears with her head covered and pointing to one of the vegetables for the young woman. Although the painting itself may not originally represent a procuress, the relationship with another painting by the same author is evident: Vertumnus and Pomona, by Mieris (1725), where the old woman is reminiscent of the celestinesque tradition. Note also the cage with a bird that appears in this painting at the top left, which may indicate that the house where they are is a brothel, as it also appears in the painting Parable of the prodigal son, by Master of the Prodigal Son (1550, c.)