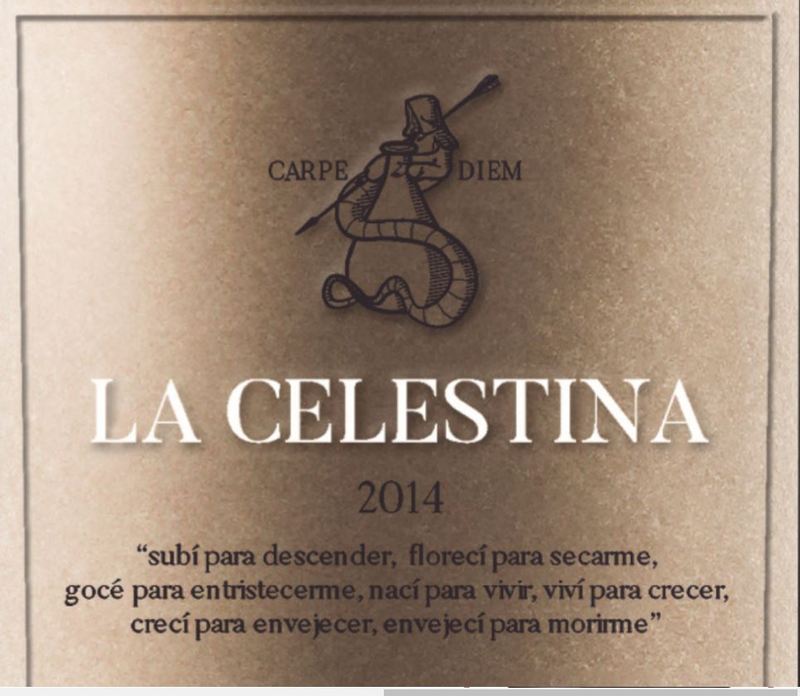 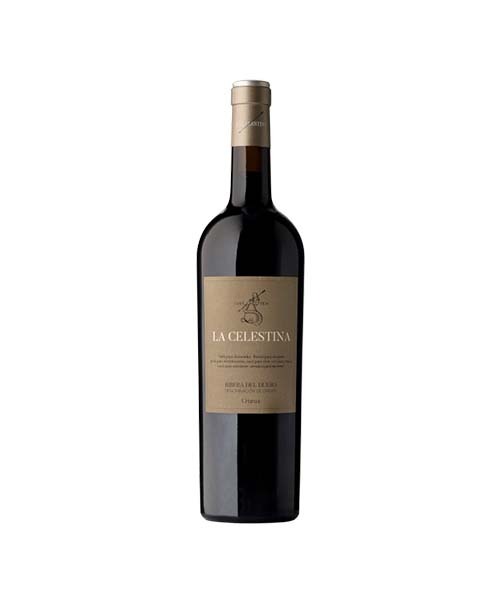 Wine label representing an unusual image of a Celestina with the lower part of the body like a snake coiled to a flask and raising an arrow like a spear, flanked by the words "carpe diem". Underneath, the name of the wine: La Celestina and the date appear in quotation marks. The words of Celestina during the invitation of act IX "I went up to descend, I flowered to dry, I enjoyed to sadden myself, I was born to live, I lived to grow, I grew to grow old, I grew old to die".

Commercial description: "The Celestina 2014 is a red wine, with a designation of origin from the Ribera del Duero, made by Atalayas de Golbán with Tinto Fino (Tempranillo) grapes. The grapes come from vineyards between 60 and 80 years old that are situated on a sandy-loamy surface soil and with a clayey calcareous bottom. This wine is aged for 12 months in French oak barrels, of which at least 30 % is new. " "Overlooking Somosierra, Mount Urbión and Moncayo, the vines are in what was once the Golbán stream, and grow among trees, aromatic herbs, such as thyme and rosemary, orchards, mushrooms, and animals. An ecosystem that is then transferred to the wine by pure interaction of all the elements, and in this, the winery has opted for bio-dynamic elaboration. The age of the strains is no less than 60 years, along with others that surpass a century and a half, and 80% are pre-phylloxera."