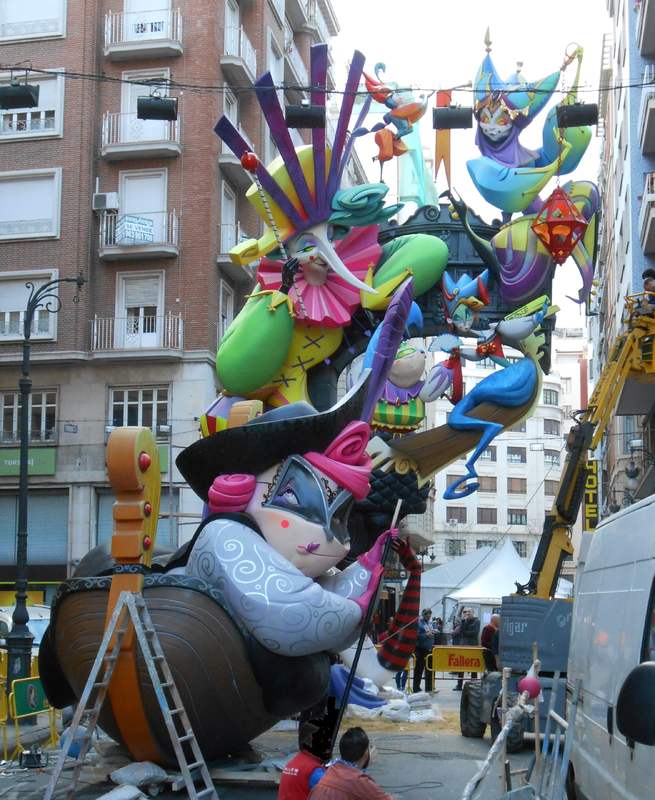 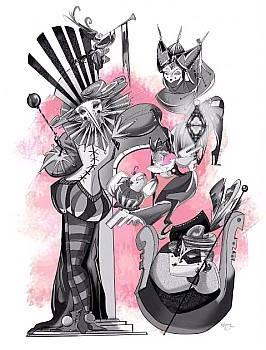 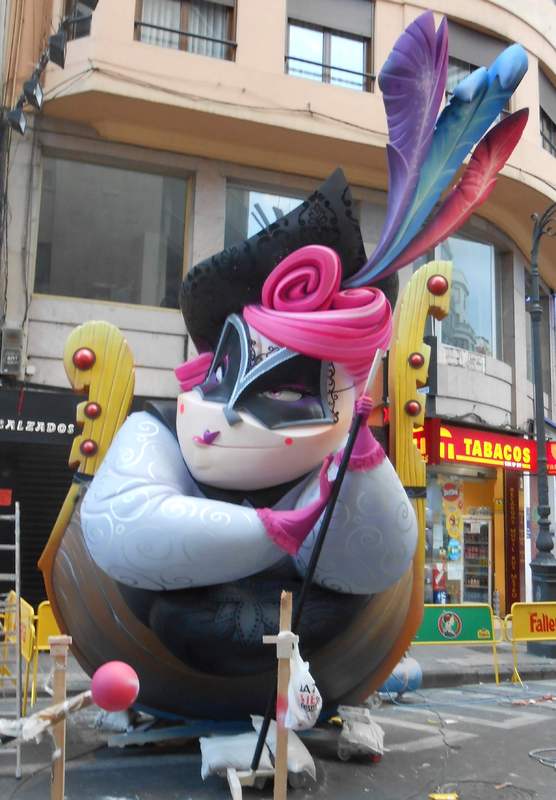 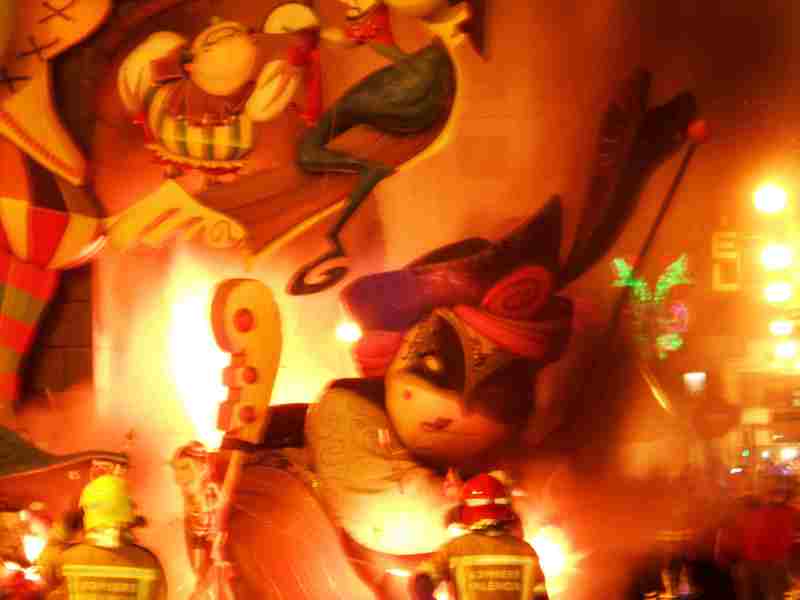 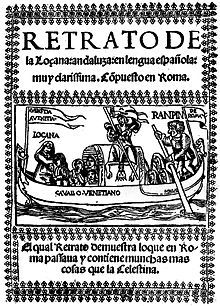 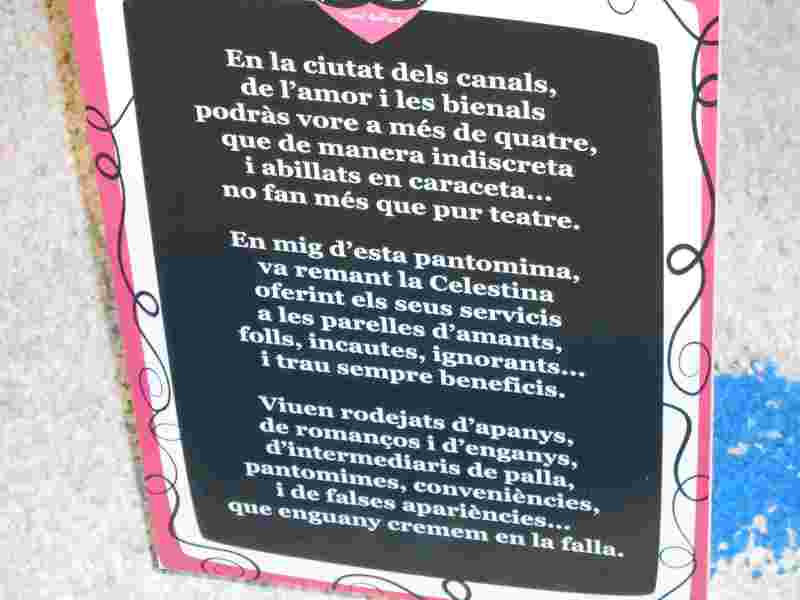 A falla by the falla group San Vicente-Periodista Azzati for the 2017 Fallas in Valencia (Spain). It is described as a "Venetian pantomime" and, in some ways, a criticism of the contemporary society. It has a budget of 42,000 Euros.

A masked character in a Venetian gondola in the bottom right part of the sketch that could be a Celestina and that, because of the gondola and the Venetian theme, is reminiscent of the known cover of the 1528 of the Lozana Andaluza.

The falla, which criticizes national and local politicians, has an inscription in Valencian (see photo) that is translated to English as:

In the city of channels
of love and the biennials
you will be able to see more than four
that discretely
while wearing a mask...
do nothing other than pure theatre.

In the midst of this pantomime,
Celestina is rowing
offering her services
to the couples of lovers,
lunatics, saps, ignorant persons...
and always benefits.

They live surrounded by patchwork,
by romances and by deception,
by straw intermediaries,
pantomimes, benefits,
and by false appearances...
let us burn this year in the falla.

The pictures were taken while the falla was being installed on March 10, 2017 (photos by courtesy of José Luis Martín)