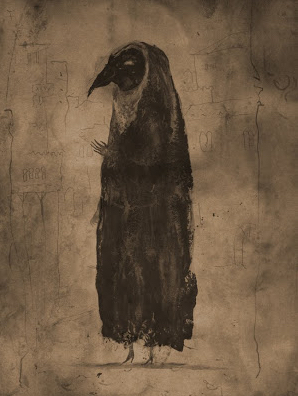 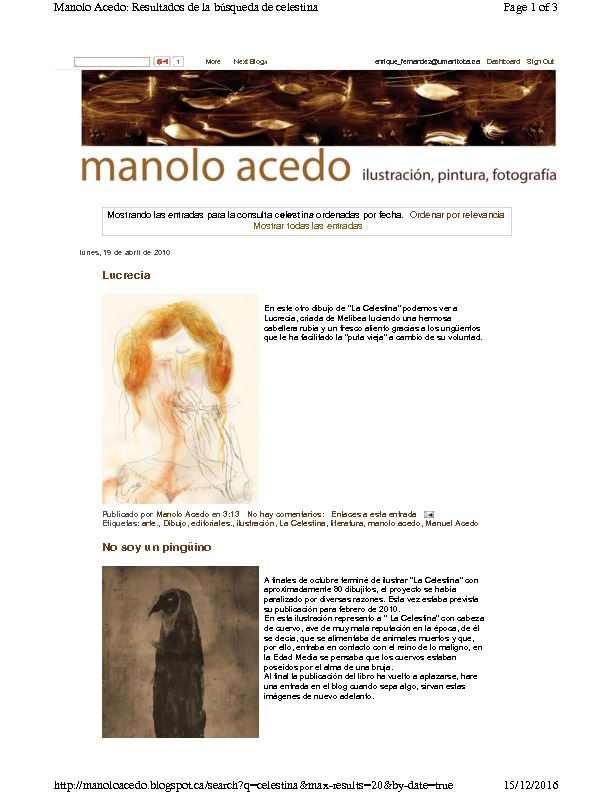 Comment by the artist: "At the end of October I finished illustrating La Celestina with approximately 80 drawings, the project had stalled for various reasons. This time the publication was planned for February 2010. In this illustration I depict Celestina with the head of a crow, a bird with a very bad reputation at the time, of whom it was said that it fed upon dead animals and that, because of this, it came into contact with the kingdom of evil. During the Middle Ages it was thought that crows were possessed by the spirit of a witch. In the end, the publication of the book has been postponed once more, I will post in the blog once I know something, let these images serve as a new preview."