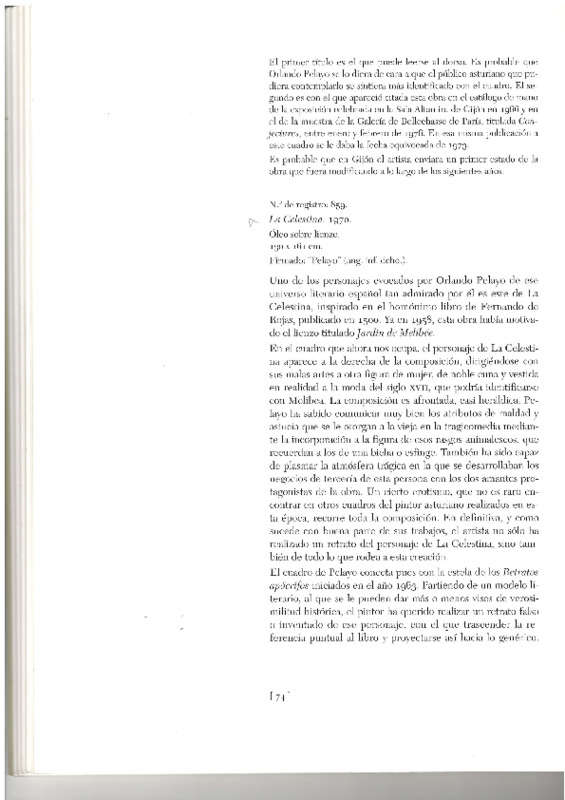 Translated transcription from the PDF, courtesy of the Museum of Fine Arts of Asturias, Spain.

"In the painting that concerns us now, the character of La Celestina appears to the right of the composition, with her bad arts she is addressing another woman, of noble birth and dressed in the fashion of the 17th century, who could be identified as Melibea. The composition is faced, almost heraldic. Pelayo has been able to communicate very well the attributes of evil and cunning that are given to the old woman in tragicomedy by incorporating into the figure those animal features, reminiscent of those of a "bicha" or sphinx. He has also been able to capture the tragic atmosphere in which this person's third-party businesses were developed with the two lovers who are the protagonists of the work. A certain eroticism, which is not uncommon to find in other paintings by the Asturian painter made at this time, runs throughout the composition. In short, and as happens with a good part of his works, the artist has not only made a portrait of the character of La Celestina, but also of everything that surrounds this creation."

PDF: Courtesy of the Museum of Fine Arts of Asturias, Spain.